How Gentle is a Snaffle?

The snaffle bit is universally recognized as an excellent training tool for young and finished horses alike, but how you use the bit is just as important as the type of bit you choose. 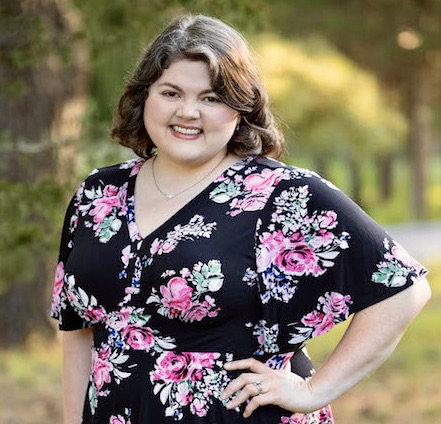 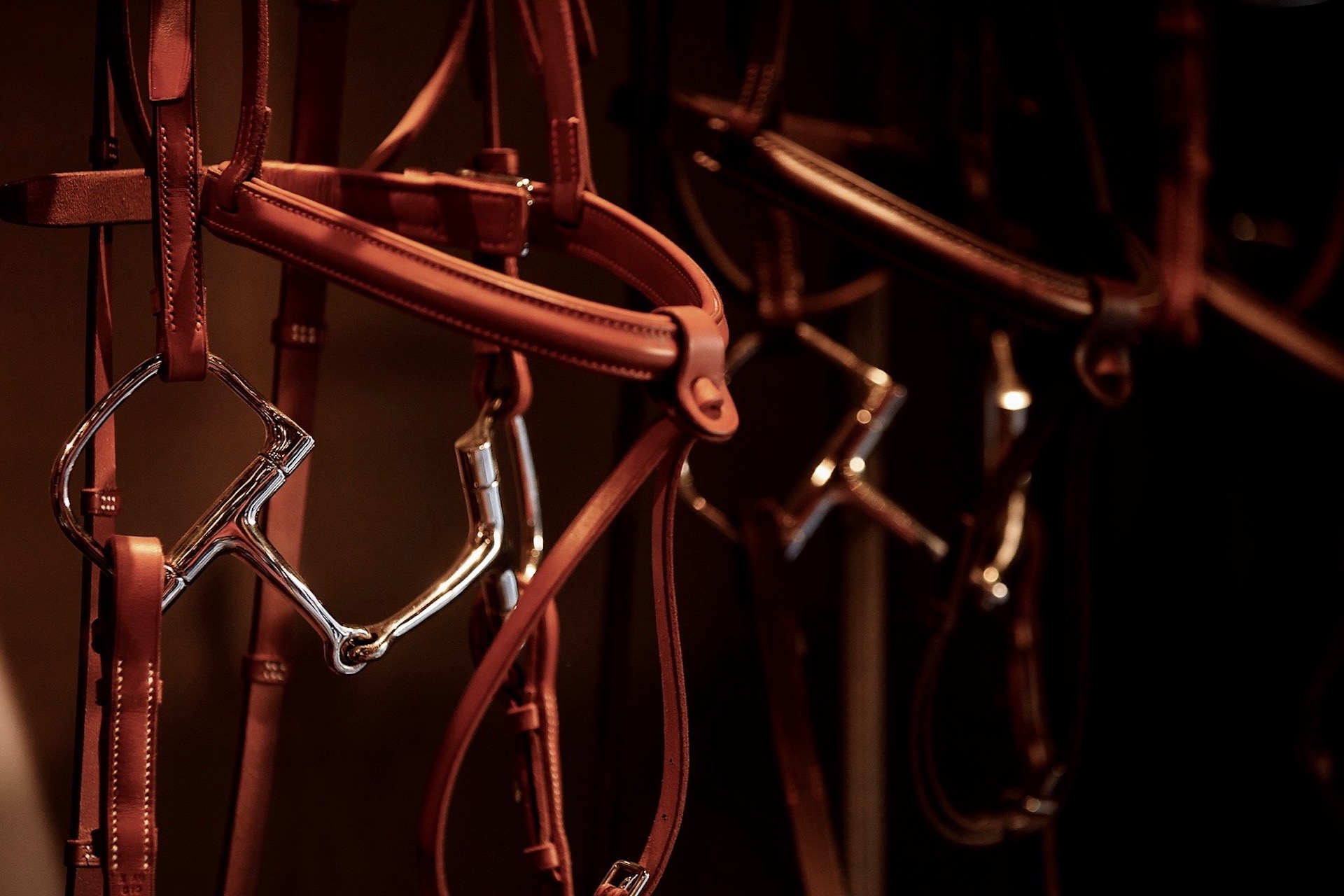 If there’s such a thing as a universal bit, it’s the snaffle bit. Used across many disciplines and for such diverse purposes as starting two-year-olds, schooling eventers and showing Western pleasure or reining horses, the snaffle bit is the go-to bit for professional trainers and recreational riders alike. But what exactly is the snaffle bit, and why is it so often referred to as a “gentle” bit? To find out, we asked consummate horseman and professional trainer Al Dunning of the Almosta Ranch in Scottsdale, Arizona. In addition to training thousands of horses over the course of his decades-long career, Dunning is a multiple World Champion across multiple associations, a prolific author, a seasoned clinician and the owner of Team AD, an online training, accreditation and mentoring program.

According to Dunning, the first thing riders need to realize is that there’s no such thing as a gentle bit or a harsh bit – instead, it’s all about the hands that wield the instrument.

To understand why the snaffle bit is such an effective training tool, riders first have to understand what makes a snaffle different from other bits.

WHAT MAKES A SNAFFLE?

A snaffle bit is typically jointed in the center and the two pieces of the bit are smooth, round and three-eighths to five-sixteenths of an inch in diameter. The cheekpieces can also vary in size and shape, including eggbutt, O-ring, D-ring or full cheekpiece. Another notable difference between snaffles and other bits is that the reins attach directly to the rings of the snaffle, rather than to the ends of shanks.

“There are also twisted-wire snaffles, and other variations that have different effects on the horse,” Dunning said. “But most horse trainers who work with performance horses start the horses in a smooth snaffle and then advance to a twisted wire, for example, to lighten the horse’s responses to cues or to get a quicker response.”

When starting young horses, Dunning often chooses either to start the horse in a snaffle bit or with a rope hackamore.

“It depends on the horse which piece of equipment I’ll use,” Dunning said. “If I don’t think I can pull on a particular horse at all, I use a rope hackamore. If the horse already feels flexible to me through ground driving and other ways that I have prepared them and I think I’ll have better control with the snaffle, I’ll use the snaffle. The reason I use the snaffle, and why it’s such a great piece of equipment, is because it pulls the horse’s whole head around when you pull on it.”

HOW DOES A SNAFFLE WORK?

Unlike bits with shanks, the snaffle is made for pulling a horse’s head from side to side. That’s also why it is intended to be used with two hands, rather than one.

“The snaffle bit has two different effects on the horse. First, it pulls on the inside corner of the horse’s mouth, and second, it presses against the outside cheek of the horse with the ring,” Dunning explained. “You’re not pulling it all the way through the horse’s mouth because of that ring. Then you have the effect of that jointed mouthpiece because it rises up off the tongue when you pull on it, instead of using tongue pressure. A snaffle bit is made to pull on. It’s in the mouth and it’s as mild as you want it to be. When you pull on a horse with the snaffle, it doesn’t scare them or hurt them. Instead, it helps them develop both lateral and vertical flexion.”

Lateral flexion is when a horse learns to bend its body from side to side in response to cues from a rider’s legs and hands, while vertical flexion refers to the horse’s ability to break at the poll and give to bit pressure. Both are crucial steps in any horse’s early education, regardless of their discipline. It’s important to realize that although a snaffle is made for pulling, it’s not made for pulling straight back on – instead, it’s meant from pulling from side to side.

“You don’t want to get into a pulling contest with a horse because you’re going to lose. They are much more powerful animals than we are,” Dunning said. “We have to use our wisdom and techniques to get the horse to understand what we’re asking. Flexing a horse means breaking at the poll, teaching the horse to bend its ribs and move its shoulders and bend its neck, and these are all the things that make a snaffle horse light. It’s not pulling that makes a horse light. It’s maneuvering the horse and making them pliable.”

It’s important to note that while a snaffle bit is often used to teach young horses the basics of steering and flexion, it can also be an excellent tool for riding or schooling finished horses in any discipline.

FOUR TIPS FOR USING A SNAFFLE

If you choose to ride in a snaffle, there are a few key things to remember. The first is to ride with reins of adequate weight.

“Too many riders ride in too light of reins. You want good harness leather reins that are at least five-eighths to seven-eighths of an inch wide,” Dunning said. “I’ve seen people use lightweight latigo leather reins, but those are way too soft, and you lose communication with the horse.”

Dunning’s second tip is to use a loose curb strap and to attach it in the correct place on the bit.

Third, it’s important to use the correct style of headstall and to adjust the bit properly. Snaffle bits should only be used with headstalls that have a full browband and throatlatch, instead of a split-ear or sliding ear headstall.

“Because we pull right and left on that snaffle, we need the bit to stay level on both sides, and that’s what a browband and throatlatch headstall does,” Dunning said. “You also should adjust the snaffle so that it’s just touching the corners of the horse’s mouth, rather than producing a wrinkle in the corners of the mouth.”

Finally, you should always remember that releasing the pressure on a horse is the key, rather than always pulling or applying pressure with the bit.

Get top insights and news from Fit Equine’s team.
Personalized for you, straight to your inbox. 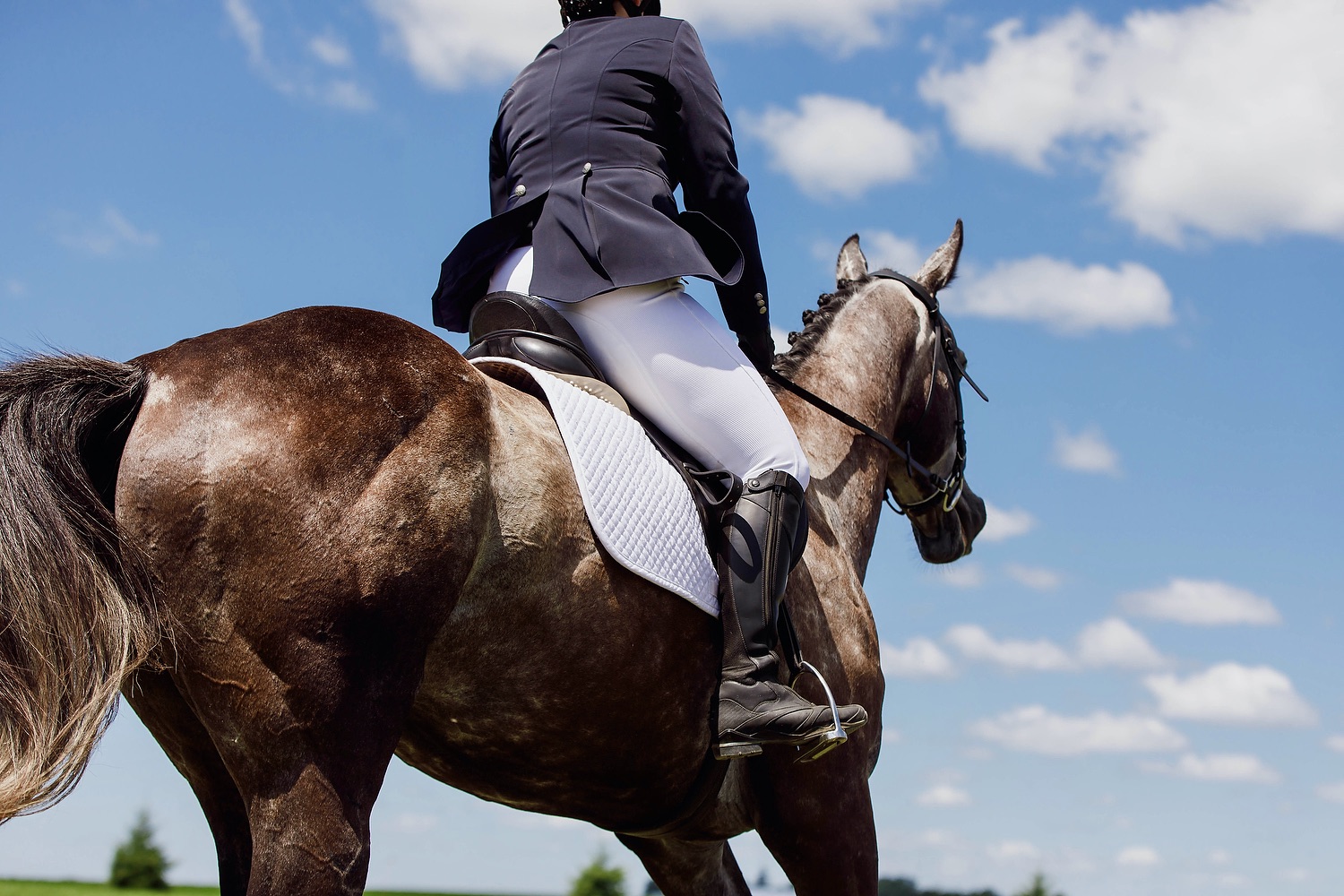 Finding Your Niche In The Horse Industry

Ever dreamed of a career in horses? There’s a job out there for you! 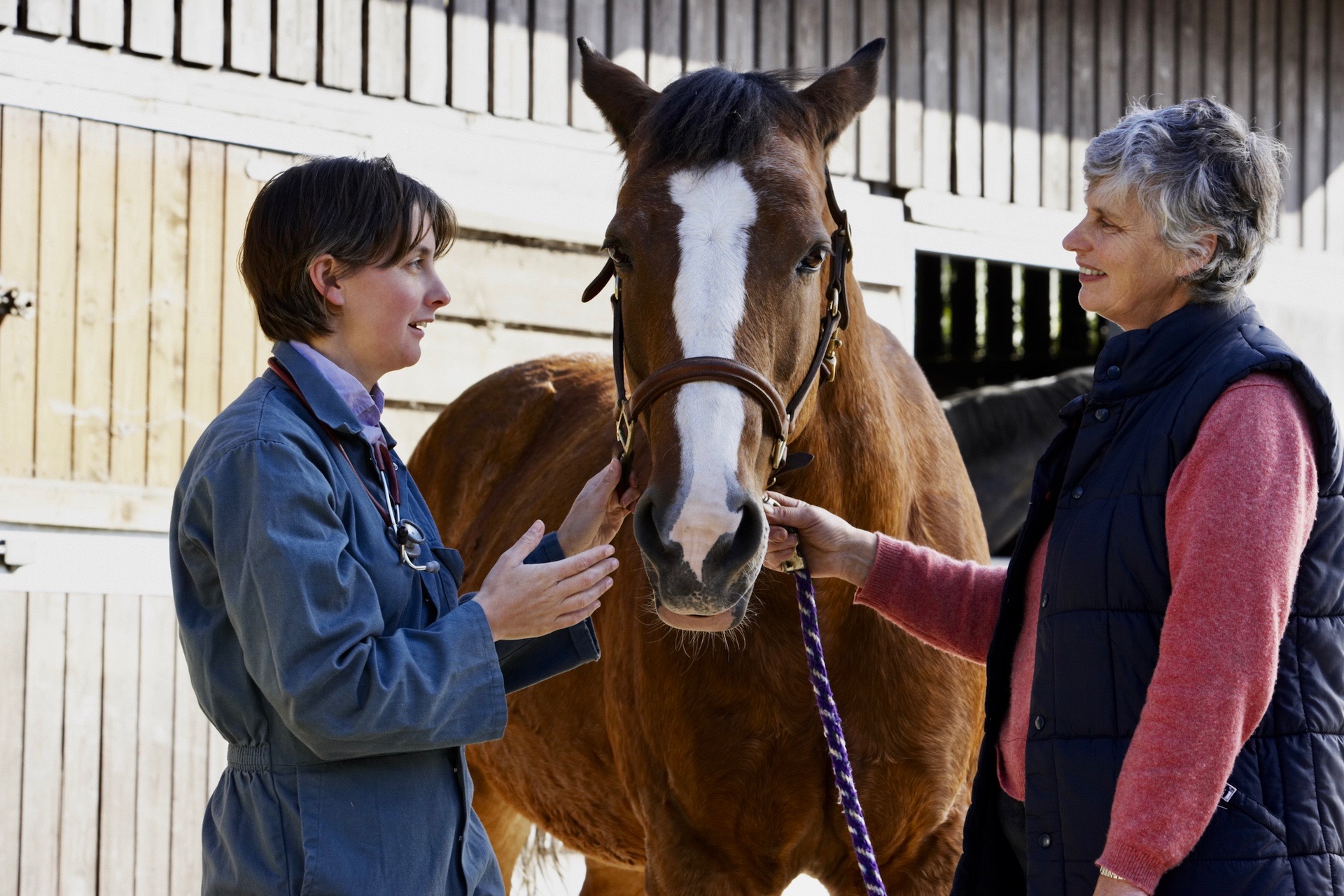 Invest in your horse’s long-term health by learning all about how to manage your horse’s weight and assess his body condition score. 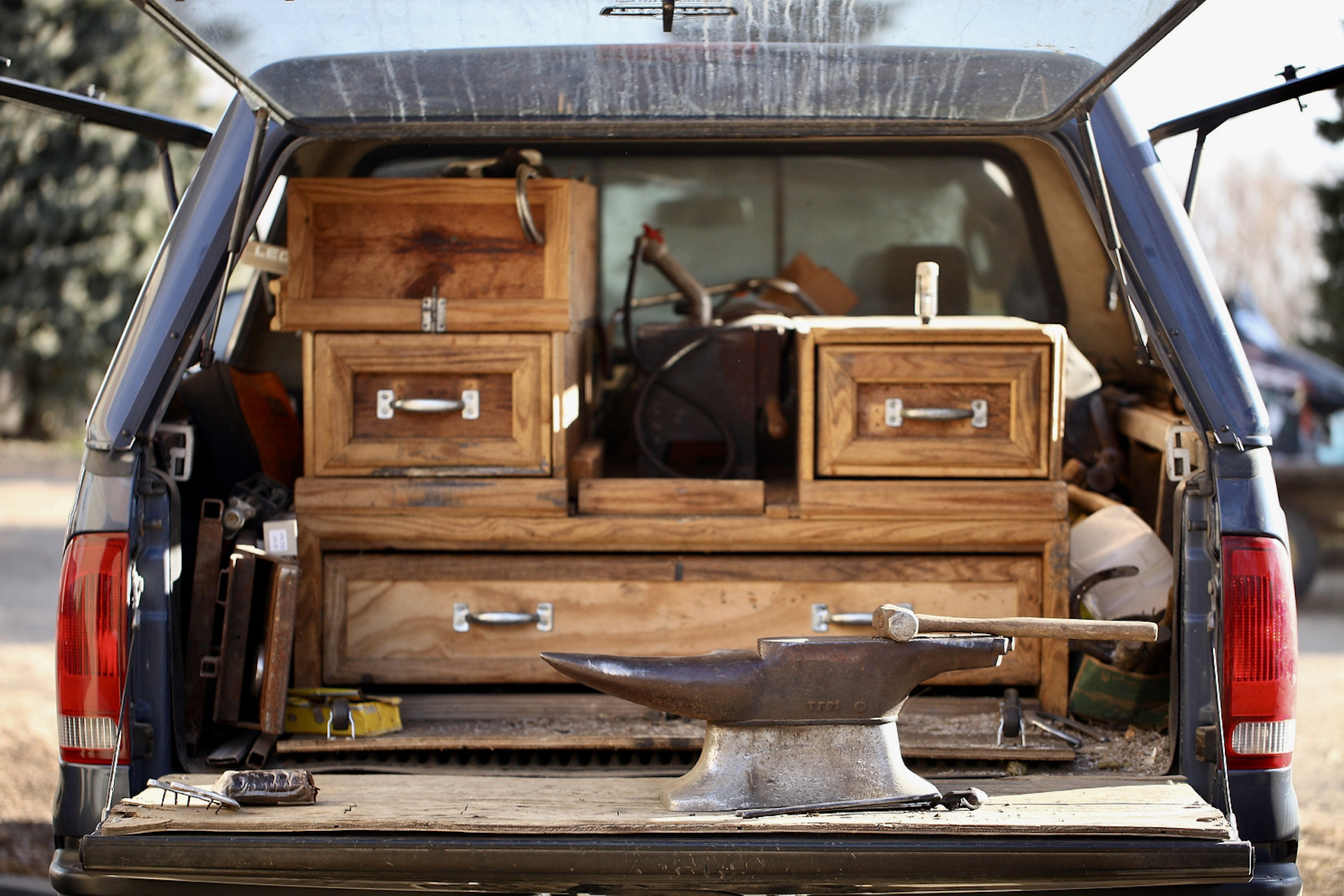 5 Things Your Farrier Wants You to Know

Finding a good farrier is as important as selecting a good veterinarian. Check out these tips from experienced farrier Chris Martelli about how to work side by side with your farrier for the good of your horse. 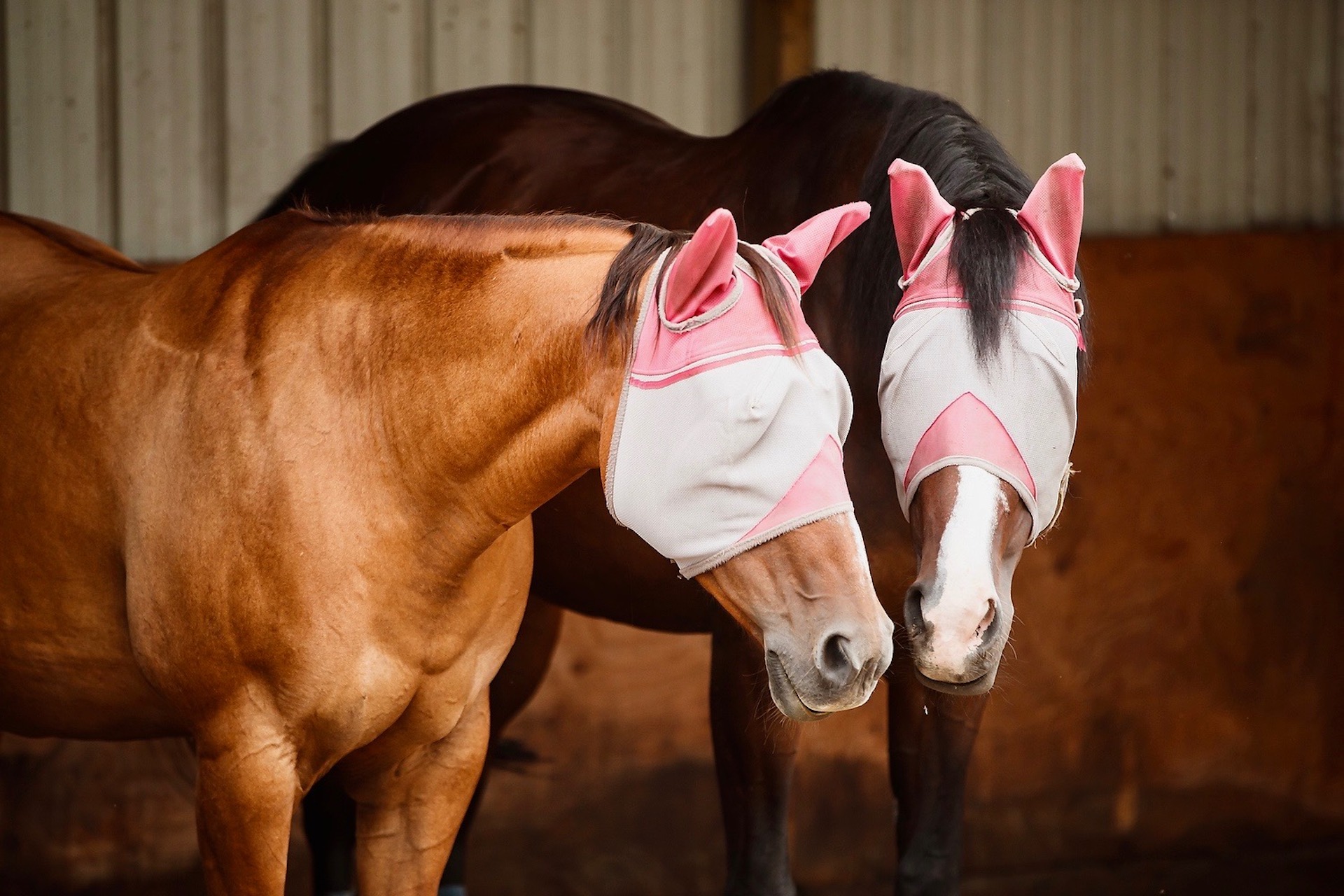 Flies are the bane of every horse owner’s existence. They bite our horses and are just plain disgusting to have around.

Join our exclusive network for equestrians.

Thank you! Your submission has been received!
Oops! Something went wrong while submitting the form.